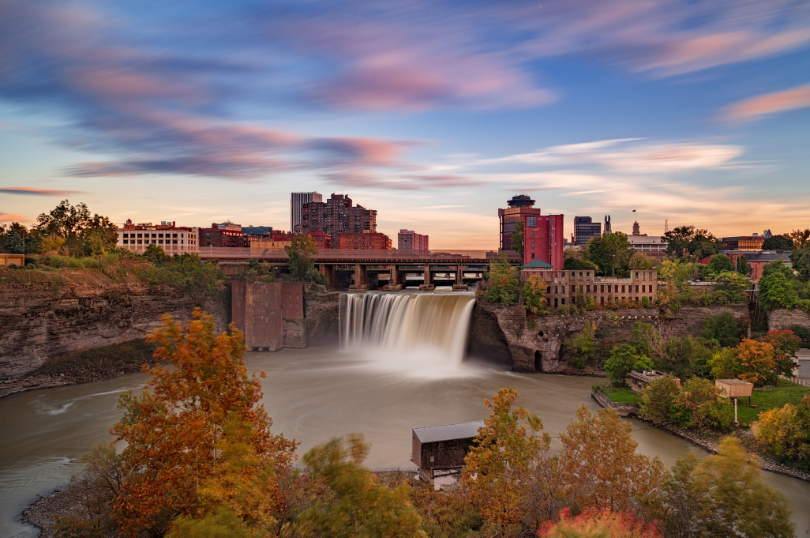 Rochester, the third largest city in New York State is an amazing place to explore. There are many things to do and see. It is home to many excellent museums and galleries of art, but it also boasts an industrial past and vibrant cultural scene.

It is located on the south shore of Lake Ontario and it is divided by the Genesee River, with High Falls at its center. Rochester offers many other attractions for families, including the magnificent waterfall, and the preserved historic buildings.

There are many parks and beautiful waterways scattered throughout the diverse areas of the city. The city is also known for its outdoor adventures and success with minor-league teams. The many music festivals, concerts and dance performances that are held in the city each year only add to their appeal.

The Memorial Art Gallery is one of the most important cultural institutions in the city. It houses an amazing collection of artworks and artifacts from around the globe. It is an amazing place to visit, with ancient drums and Egyptian mummies on display everywhere you look.

It was founded in 1913 and has been a magnet for visitors ever since. The two floors house over 12,000 works of art. They include not only ancient African artifacts but also thought-provoking, modern installations.

It is part of the University of Rochester campus. The building houses a beautiful old building, with lush gardens and a sculpture garden all around. You can see its many works, which span several millennia. There are also talks, workshops, and festivals in the sprawling complex. 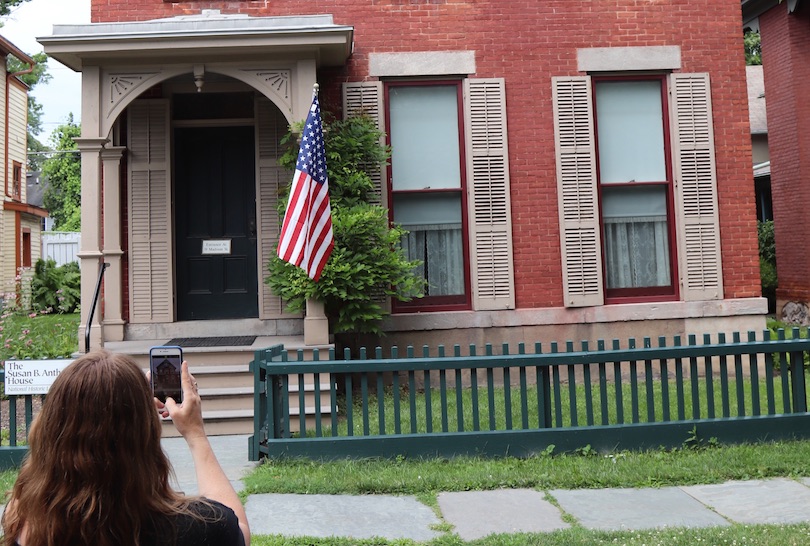 The Susan B. Anthony Museum was once the family home of this legendary civil rights leader. It now provides fascinating insights into her life, and the legacy she left. It is very well preserved and packed full of authentic papers, artifacts, memorabilia, as well as tours that take you around the cozy interior.

She is undoubtedly Rochester’s greatest former resident. For decades, she worked tirelessly to end slavery and advance women’s rights. You can visit her historic house to the west, where you will find exhibits about her many campaigns, speeches, achievements, and personal items.

Also, you’ll find out about her arrest at the front parlor following her vote in 1872. You can also see her bedroom from 1906 when she tragically died. 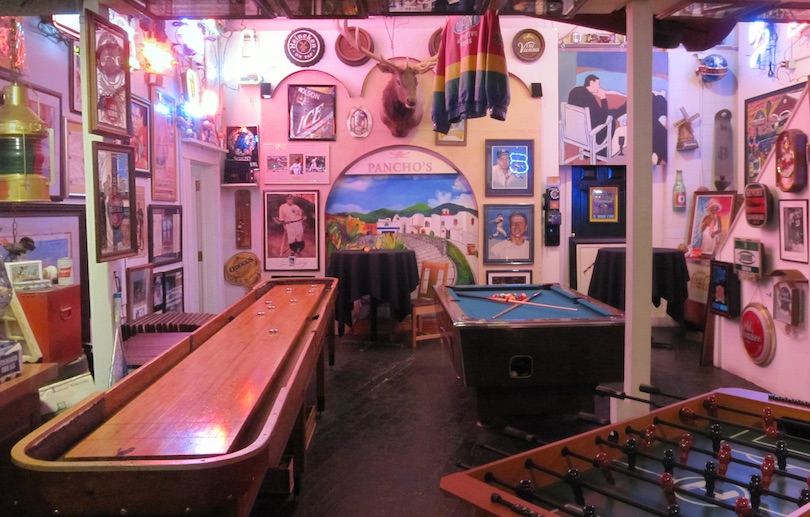 The Artisan Works, a place where you can find cool souvenirs but not necessarily expensive art, is the right spot. It is located ten minutes east of downtown. Every inch of the huge warehouse has amazing artworks. The artists are also creating new pieces right before your eyes.

The vast factory was once used to produce weapons during WWII. It is now dedicated to inspiring people through art. You’ll find a variety of vibrant creations as you walk through the labyrinthine hallways. There are also many rooms decorated with antiques and vintage cars.

You can not only admire the amazing pieces and inquire about their price, but you also have the opportunity to watch master artisans at work. They are usually happy to share the thought processes and techniques behind their various art forms. 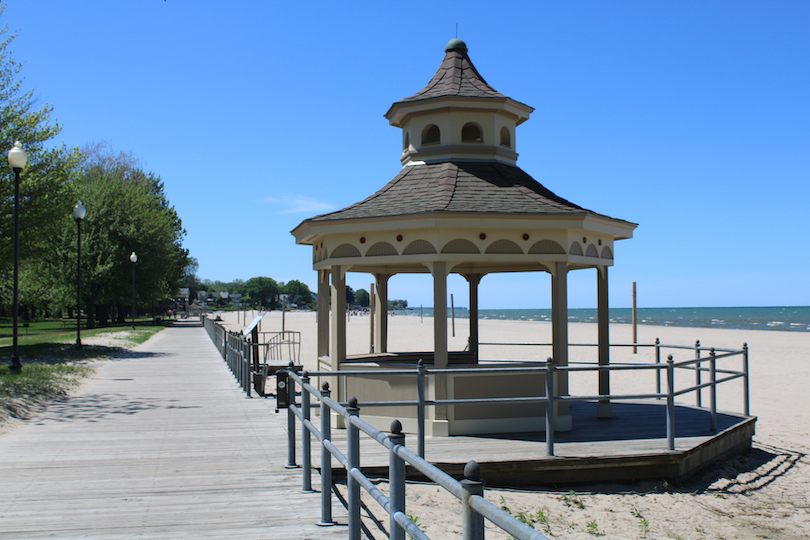 The Ontario Beach Park is a peaceful, picturesque place to relax. It’s located just twenty minutes north of the town at the Genesee River. Visitors can swim and splash around in the huge lake, but they also have the option to sunbathe or play volleyball.

It is close to Rochester’s center, which makes it a popular destination for tourists and locals alike in the summer. You can also relax on the beach, or wander around its beautiful green spaces. Active beachgoers will enjoy playing pickleball and basketball on its courts and softball in its fields.

There is also an impressive pier where you can fish from and playgrounds, pavilions, and picnic areas are scattered around the area. A stunning 1905 carousel is also available, as well as a shiny and sleek marina. 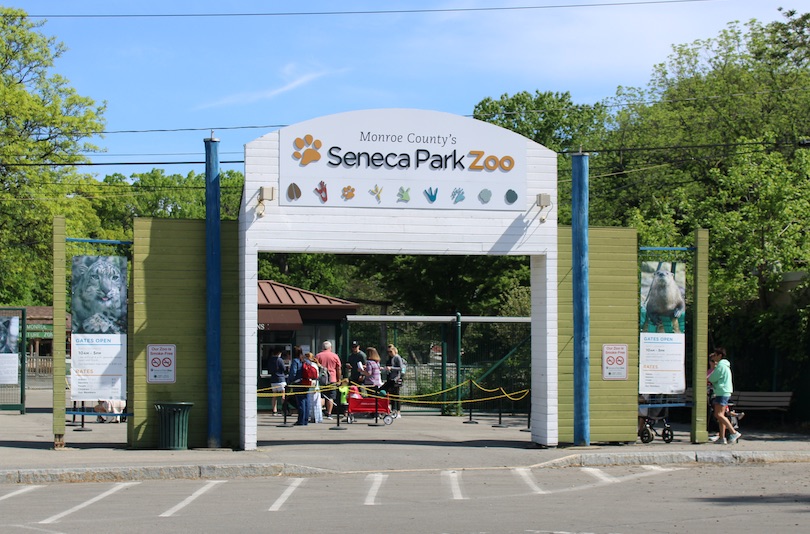 The magnificent Seneca Park Zoo houses over 300 reptiles, birds, and animals of approximately ninety species. It is located in an idyllic spot on the Genesee River’s east bank. It is a popular choice for families as it offers a wonderful day out, with animal encounters, feeding sessions and keeper chats almost every day.

It is one of the most well-known zoos in America. The park opened in 1893 and has large animal exhibits as well as aviaries. Some sections take you along the coast to see sea lions, snowy-owls, and Canada lynx, while others show the majestic elephants of Africa, or hairy orangutans from Asia.

The zoo’s outreach and awareness work is well-respected. There are many fun events and festivals that the zoo hosts throughout the year. 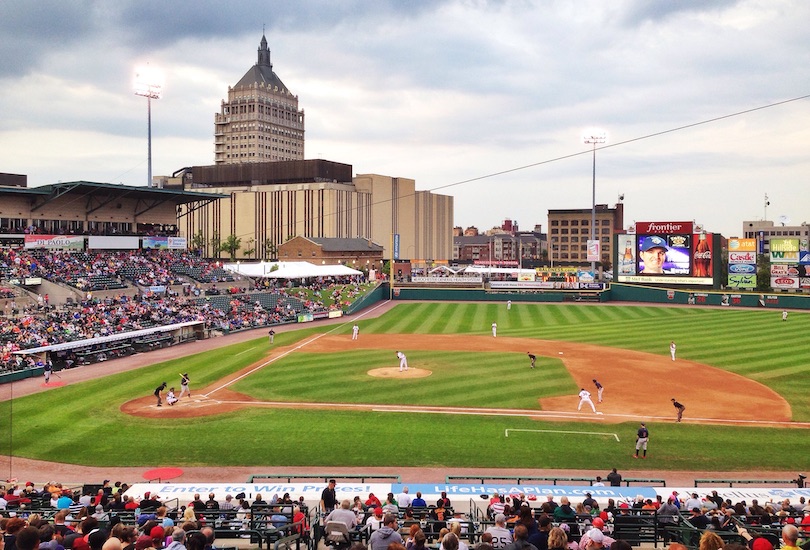 Frontier Field, located downtown in the heart of Rochester is the home field for the Red Wings. It is an amazing place to watch an exciting game. There are also community events, concerts and firework displays.

It was built in 1996 and replaced their old Silver Stadium, which had been their home since 1929. Fans can enjoy stunning views of the pitch from all the spacious suites and seats.

You can attend sporting events or shows in the arena as well as cheering for the Triple-A Washington Nationals affiliate. There are many food stands selling delicious foods, from hot dogs and hamburgers to roast beef sandwiches and fried calamari. 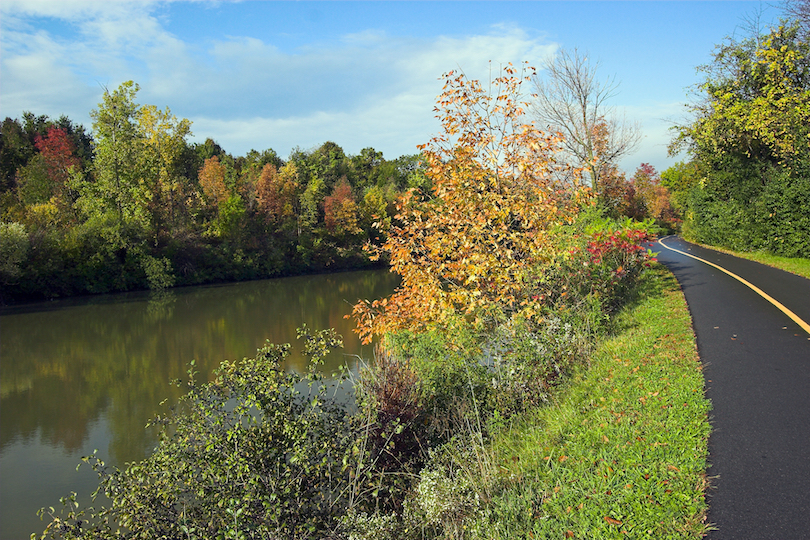 Walking, running, cycling, or jogging along the Erie Canal Trail is a great way to explore the city. It runs along Rochester’s southern border and passes stunning scenery. There are also many attractions, amenities, and communities that line the route.

It runs 365 miles from Albany to Buffalo. The paved route follows the old canal towpath, which was once the historical canal. You can visit picturesque parks, idyllic nature spots and explore the towns and villages that it passes by.

You can enjoy stunning views as you stroll slowly along this multi-purpose path. There are historic buildings, restaurants, and waterfront cafes visible every so often. Winter is a great time to cross-country ski or snowshoe on snowy parts. 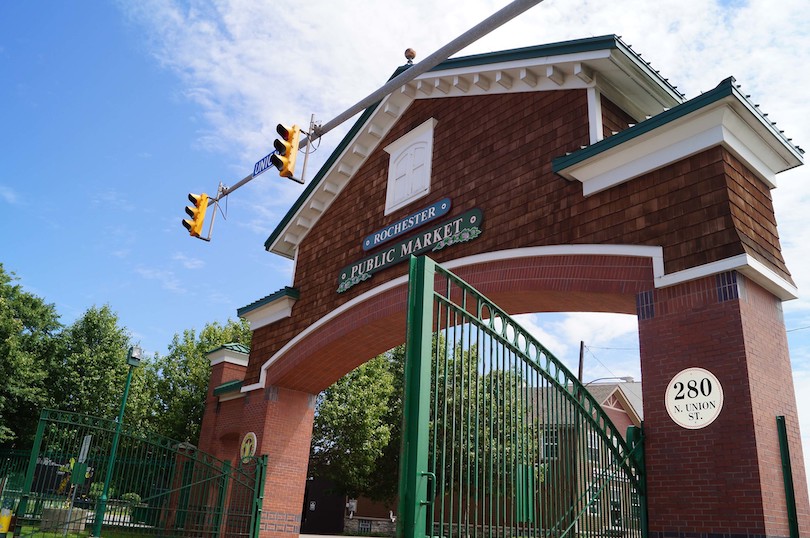 The Rochester Public Market is a chaotic and colorful place. There are over 300 stands and vendors for you to browse. It is a popular event with both locals and tourists.

The market was established in 1905 and has seen a steady growth. Today, vendors sell everything. Some stalls sell fresh fruits and vegetables, while others offer artisanal cheeses and meats.

You can also pick up groceries and stop by to taste some baked goods or savory snacks, as well as a cup of hot coffee. It hosts regular live music concerts, as well as flower and flea markets throughout the year. 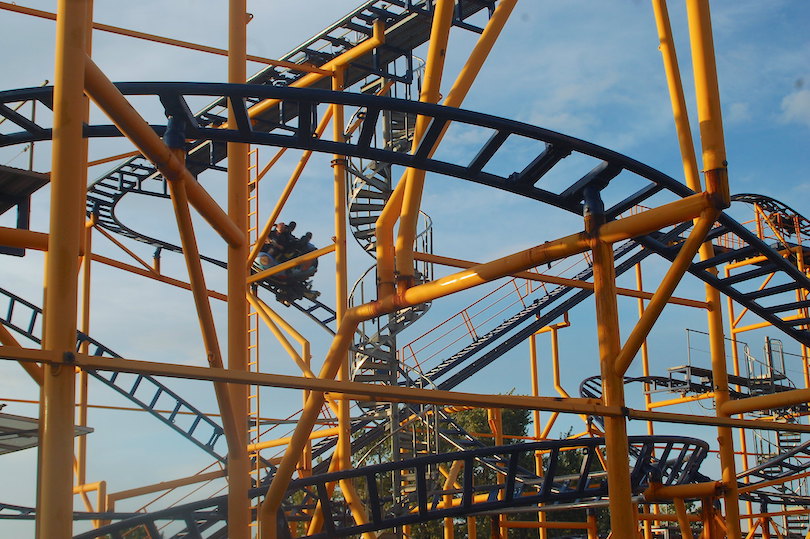 Seabreeze Amusement Park is a great place to have an unforgettable and exhilarating time. It has been an iconic summer destination for Western New Yorkers since 1879. The park’s cool lakes, thrilling rides, and many waterslides have made it a popular choice.

It is actually the nation’s fourth oldest amusement park. It lies where Lake Ontario meets the huge Irondequoit Bay. There are 25 thrill rides, rollercoasters and arcades that can be found on its picturesque bluffs. Also available is an acrobat area and a 1926-carved carousel.

You can also swim in the pools, or take a dip on one of the slides. There are plenty of sunbathing and shopping areas nearby. The wooden Jack Rabbit, which was first built in 1920, is one of the most beloved attractions at the park. It is also the oldest operating coaster in America. 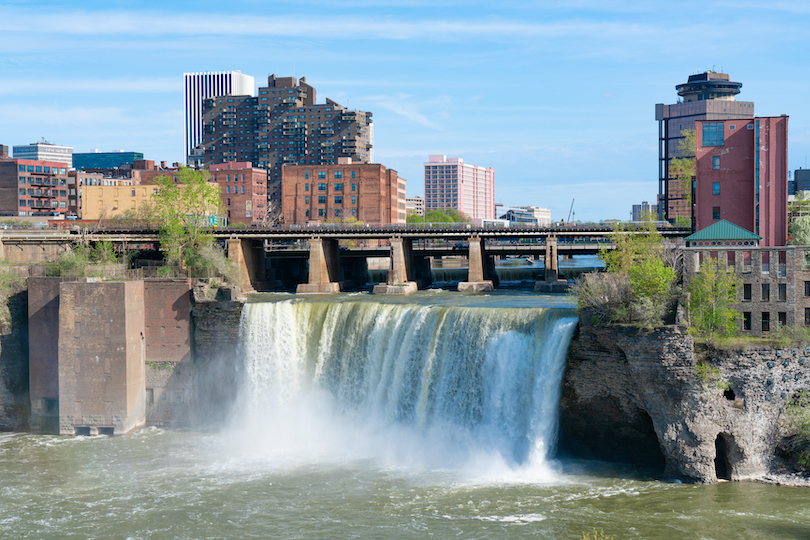 It is not unusual to find one of the most beautiful natural sites in the city’s heart. High Falls was once a key part of both early industrialization and settlement in the city. Now it is a great spot for photos and stunning views.

The waterfall is located along the Genesee River and reaches nearly 100 feet high with an enormous gorge at its foot. Although its waters used to supply flour mills and factories with their gushing water, the current generation of hydroelectric power is for the benefit of the entire city.

Visitors can take stunning photos and enjoy breathtaking views from the Terrace Platform and Pont De Rennes Bridge. The adjacent museum and visitor centre provides information about the history of Rochester’s falls and their importance. 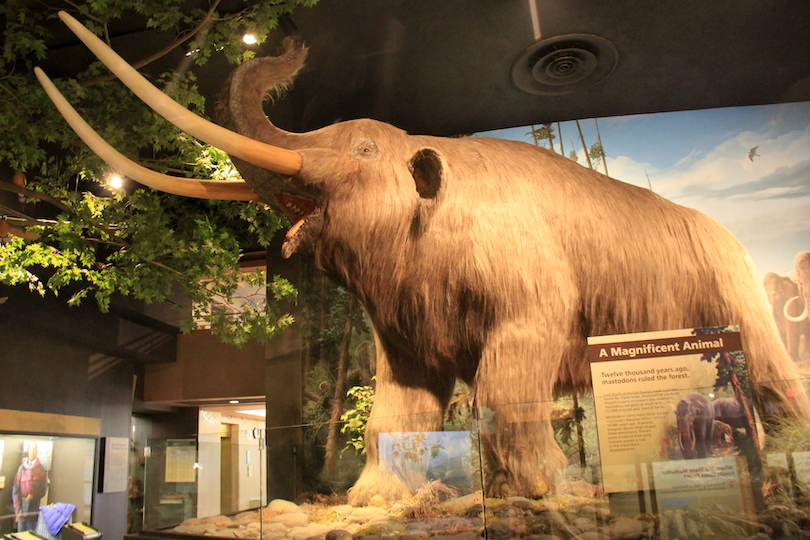 Rochester Museum & Science Center is another top attraction. It is a colossal building that offers interactive and hands-on exhibits as well as fun activities. The complex can be found just off East Avenue.

It was established in 1912 and now occupies an enormous modern building. The three floors on the top floor focus not only on local history, nature, but also science and technology. There are more than 1.2 million specimens and artifacts available for study in almost all fields.

You can explore all the exhibits and also catch fascinating science shows. Or, you can scan the sky for stars in its state of-the-art Planetarium. 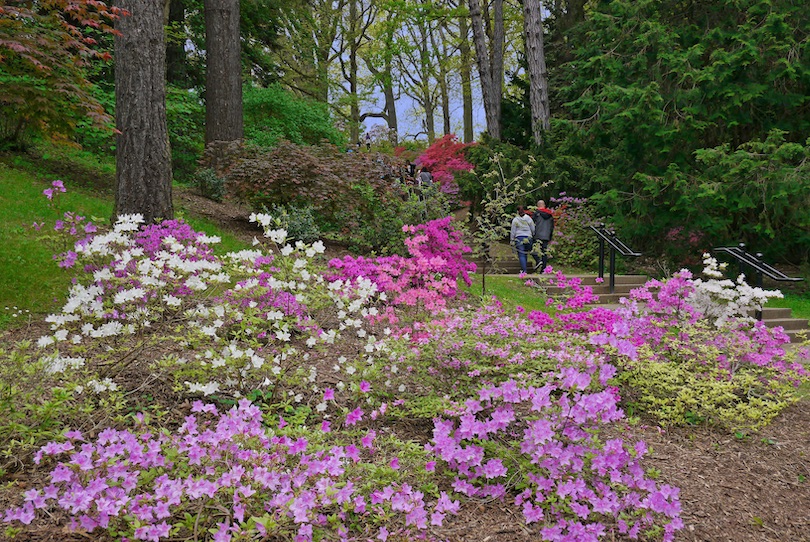 The beautiful green gardens and parks of Highland Park are spread across large swathes of the southern part of the city. It is well-known for its beautiful arboretum, lovely landscaping and the joy of wandering through it with all kinds of plants and flowers.

It winds its way through rolling hills and valleys. There are groves upon groves of magnolias, pines, and old oaks. Pansies and cheery azaleas can be found amongst these trees. The park’s natural beauty is preserved despite the addition of many themed gardens. It was designed by Frederick Law Olmsted, a renowned landscape architect.

It is home to important historical sites as well cultural landmarks such the Lamberton Conservatory, Gothic-style Warner Castle and other historic and cultural attractions. The large amphitheater outside offers free movies and music performances in the summer, as well as the Lilac Festival or Shakespeare in the Park. 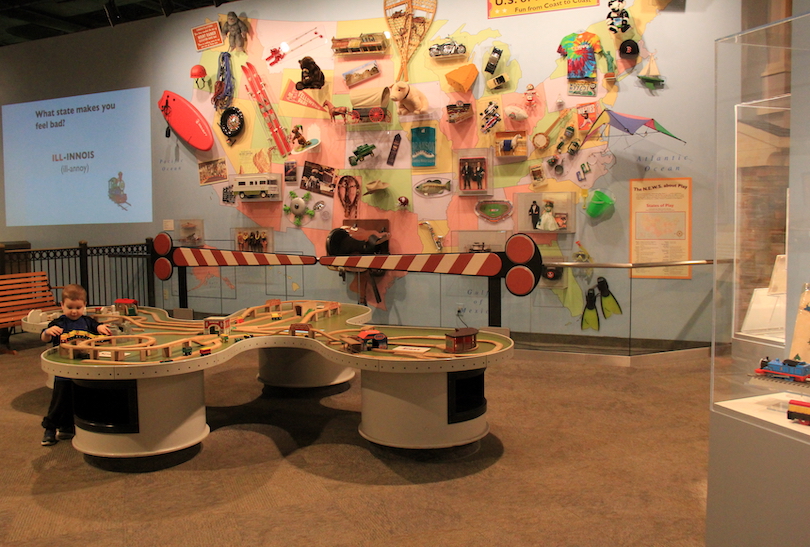 The Strong National Museum of Play is a great choice for young families. It offers hundreds of hands-on experiments and activities that are fun, interactive, and engaging. It is located in central Rochester and only a few minutes from other major sights.

It is both educational and entertaining, with a variety of toys and games on display, and it is as informative and engaging as possible. Some parts are focused on TV and storybooks, while others focus more on carousels, comic books and video games.

The large, modern structure also houses Sesame Street sets. You can explore the amazing world of Berenstain Bears which attract lots of attention. 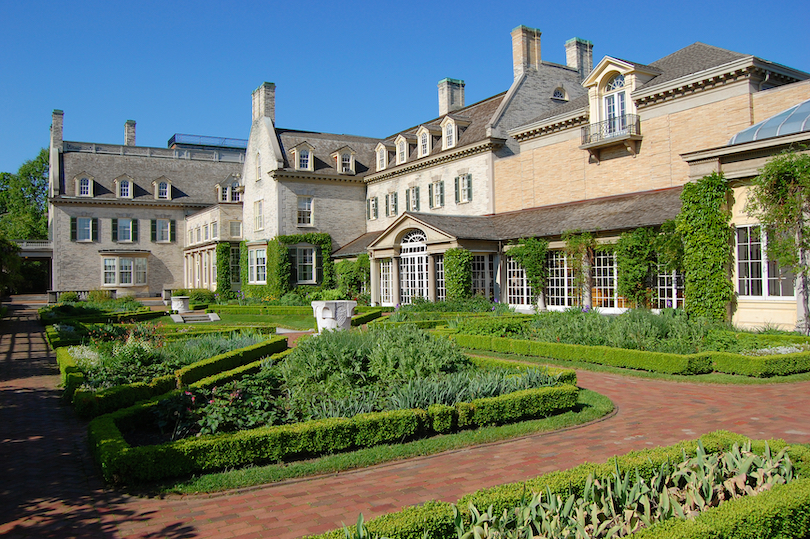 The George Eastman Museum is a fascinating museum that documents the development and history of cameras and photos. It is named after George Eastman, the founder of Kodak Company, and boasts an impressive collection of films, photos and other cinematic items.

The extensive collection of artifacts, exhibits and documents were first opened to the public in 1949. They are located within Eastman’s beautiful 1905 Colonial Revival-style home. Its displays show how the entrepreneurs lived and how technology has advanced over time.

Visitors can view amazing photographs from the estate and marvel at its exquisite architecture. They also have the opportunity to enter a camera obscura, and see film screenings in museum’s cinema.

A Map of Things To Do in Rochester, NY